Share a memory
Obituary & Services
Tribute Wall
Read more about the life story of Maurice and share your memory.

Maurice Fristoe was born September 28, 1954, in Belzoni, Mississippi to Roberta Hoskins Fristoe and adoptive father, William Franklin Fristoe who preceded him in death. While there his grandparents, the late Charlie and Jimmie Eliza Hoskins were influential in his upbringing.

Maurice moved, with his family, to Chicago, IL in 1964 and joined the Providence Missionary Baptist Church located in the Englewood area, under the Pastorate of the late Rev. N.C. Lunford. During this time, he became best friends with two other young men. They were also named Maurice. They were affectionately known as “the three Maurices”; they were Maurice Sims and Maurice Walker. Both preceded him in death.

The years 1973-1974 were pivotal for Maurice. During that time, he joined the United States Navy, and he met the love of his life, Johnnie Mae Rufus. They were united in Holy matrimony and to that union, one son was born, Maurice Jr. Maurice Sr. was stationed in Pensacola, Florida. From there, he would soon move up north to Benton Harbor, Michigan and later to Indianapolis, Indiana.

Maurice was always the life of the party and wherever he was, people gravitated to him. They all celebrated and had a great time.  Maurice loved to entertain!

Maurice transitioned on Monday August 1, 2022, after a short and courageous battle with cancer.

During this time, he was well taken care of by his son, Maurice Jr.

To send flowers to the family or plant a tree in memory of Maurice Fristoe, Sr., please visit our floral store. 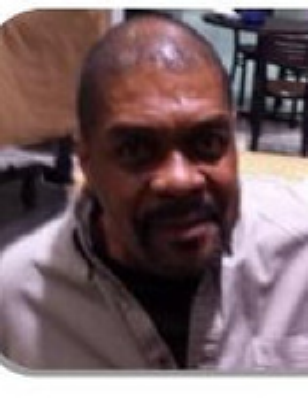 Look inside to read what others
have shared
Family and friends are coming together online to create a special keepsake. Every memory left on the online obituary will be automatically included in the book.

Look inside to read what others have shared

Family and friends are coming together online to create a special keepsake. Every memory left on the online obituary will be automatically included in the book.

You can still show your support by sending flowers directly to the family, or by planting a memorial tree in the memory of Maurice Fristoe, Sr.
SHARE OBITUARY
© 2023 Singleton Community Mortuary and Memorial Center. All Rights Reserved. Funeral Home website by CFS & TA | Terms of Use | Privacy Policy | Accessibility