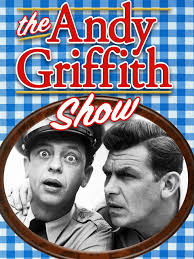 Gerald Kinser White, 68, Indianapolis, IN, known as Mayor of Caven Street and Pops, by friends, died peacefully at his residence September 28,2022, surrounded by family and friends. He was born February 24,1954 in Pennington Gap, Virginia to T. B. and Leona White. He moved to Indiana in 1970 and graduated from Ben Davis High School  as a member of the class of 1972. He was in the Indiana National Guard serving his country from 1972  until 1976.  In 1978 he graduated from Clark Diesel College and went to work for Lubs Air Compressors, retiring in 2009. He was a lifelong Colts fan and a lover of the Andy Griffith show, having recorded all of the episodes on VHS.

Cards of condolence can be sent to Deleana Smith, 4930 West Regent Street, Indianapolis, IN 46241-4746. www.singletonmortuary.com

To send flowers to the family or plant a tree in memory of Gerald ''POPS" Kinser White, please visit our floral store.

You can still show your support by sending flowers directly to the family, or by planting a memorial tree in the memory of Gerald ''POPS" Kinser White
SHARE OBITUARY
© 2022 Singleton Community Mortuary and Memorial Center. All Rights Reserved. Funeral Home website by CFS & TA | Terms of Use | Privacy Policy | Accessibility